“Welcome to Jordan! I hope that you will enjoy my country,” our first uber driver told us.

Both my sister and I were blown away by the graciousness and kindness of the people in Jordan. People who loved their country, who were proud of their country, and thankful to have two American ladies wanting to see as much as possible. 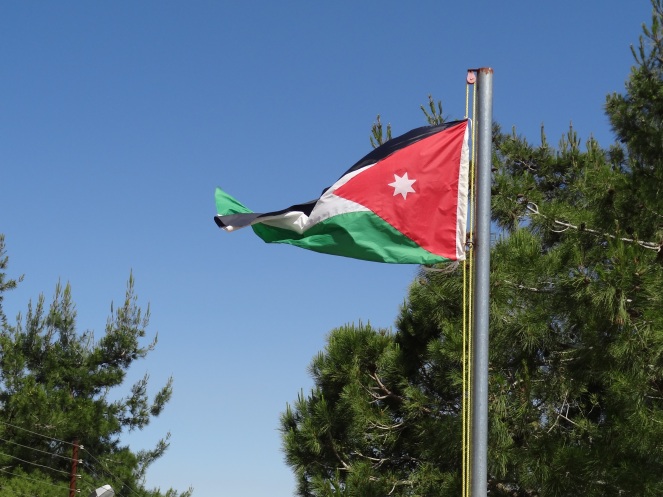 From the warm welcomes to the memorizing sights, I had a magnificent time in Jordan. I am so thankful to have gotten to spend 4 special days traveling with my sister. I am still so touched that she wanted to fly across the world to spend quality-time traveling together, when I was already going to be in Jordan for work.

So in our 4 days, we packed in as much in as possible. We went to Petra, Wadi Rum (Mars-like desert), Dead Sea, Madaba (city with beautiful old mosaics), and Jerash (old Roman city). I will start by sharing just a few photos, but promise to include more in later posts in the coming weeks!

We spent the first day in Petra, walking through the old city, trying to find shade when there really wasn’t any, warding off the men with camels (because my sister has a fear of heights…), and marveling at the beauty of this ancient city. 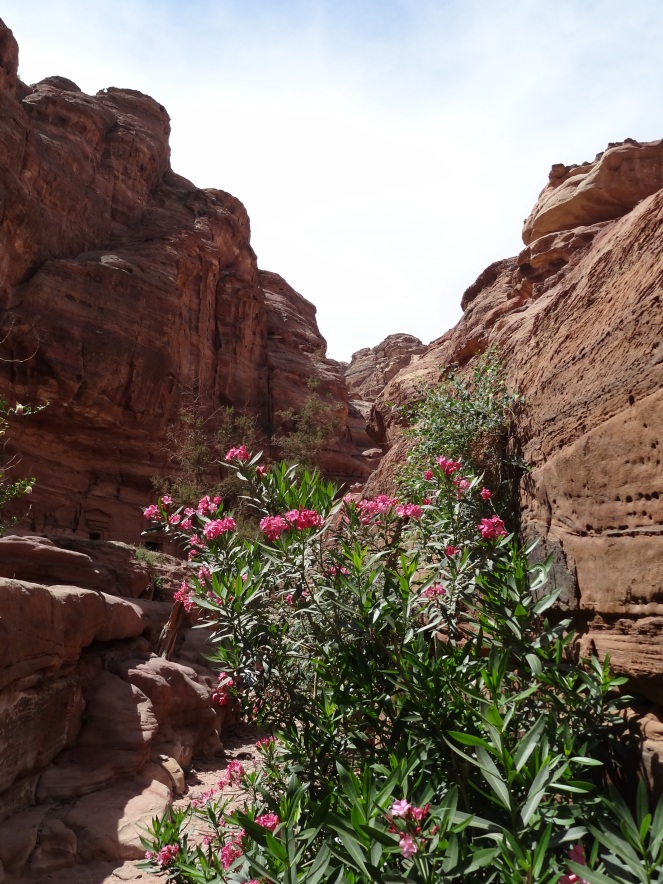 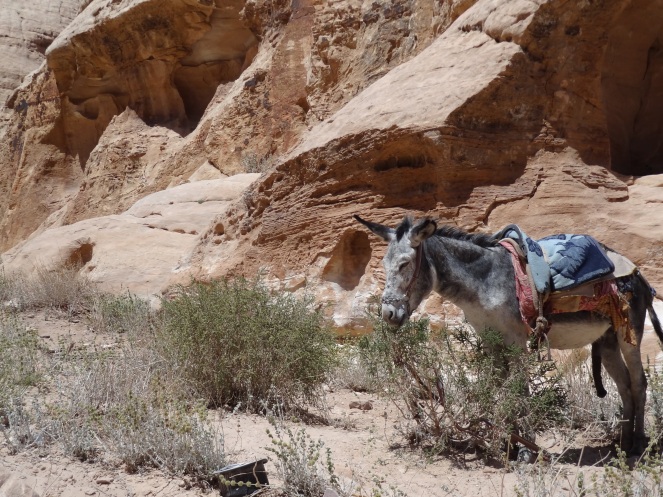 The second day we spent the day in the desert in southern Jordan, riding in a 4×4 across the desert sand, feeling like we had moved to Mars, climbing-up rock formations, and enjoying our little desert camp (“glamping”). 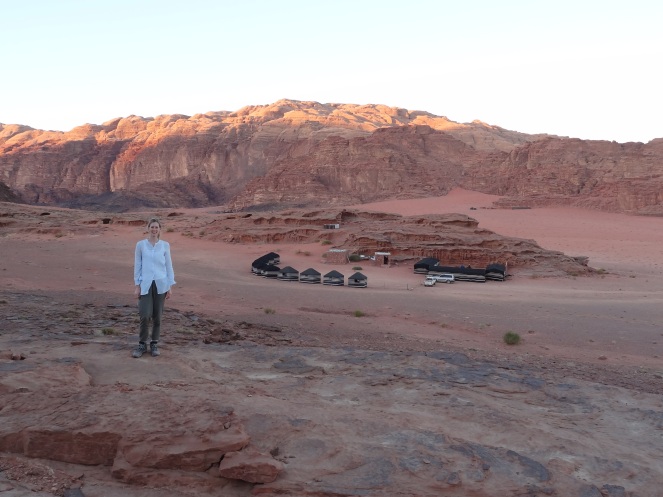 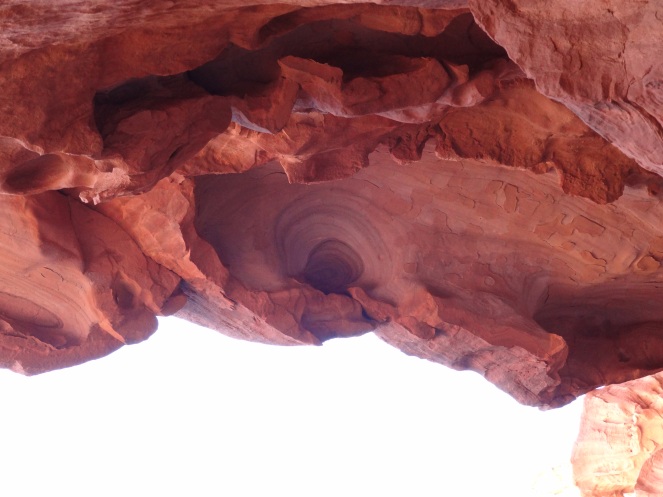 Then, we made a quick stop in the city of Madaba (just 30 minutes outside of Amman) to see some of the mosaics,from the Hellenistic, Roman, Byzantine and Islamic eras, and then spent a lovely afternoon at the Dead Sea.  My sister and I were laughing so hard when we first got in, because it’s just so hard to believe that you would float!

The mud was fun to cover ourselves in too. Felt like a natural spa! 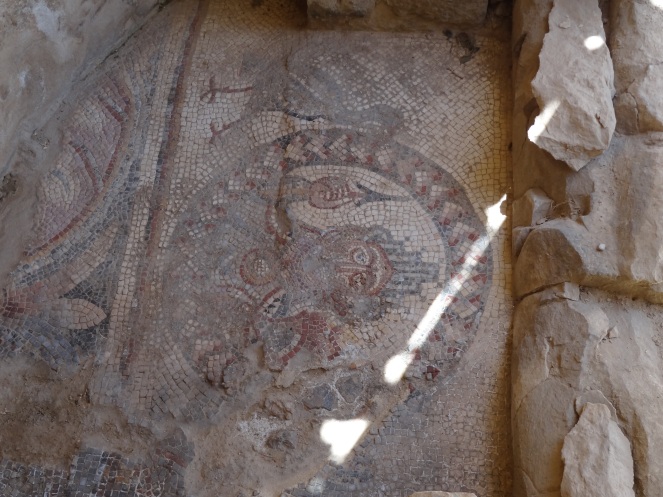 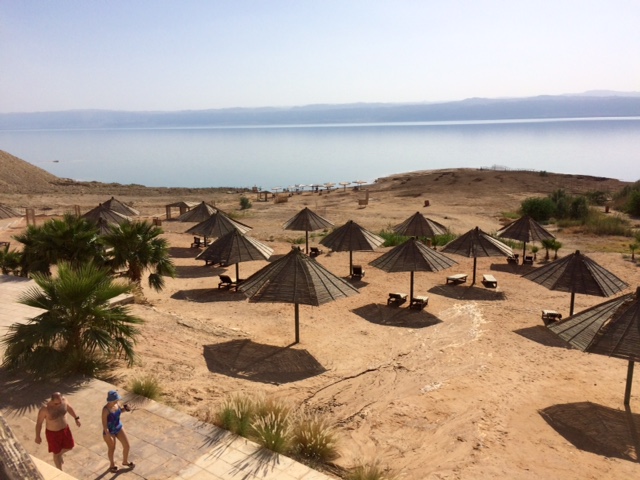 Our last day together, we spent walking around Jerash, which had been an old Roman city. We wandered through the North and South theaters, churches,  temple of Artemis, oval forum, and through overgrown walkways covered in thistles. 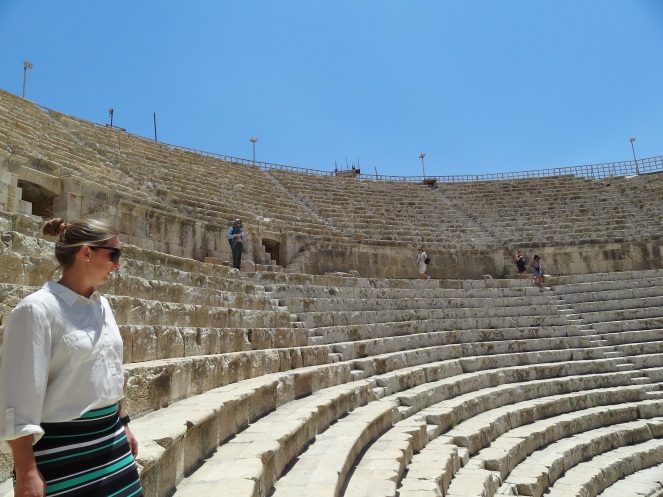 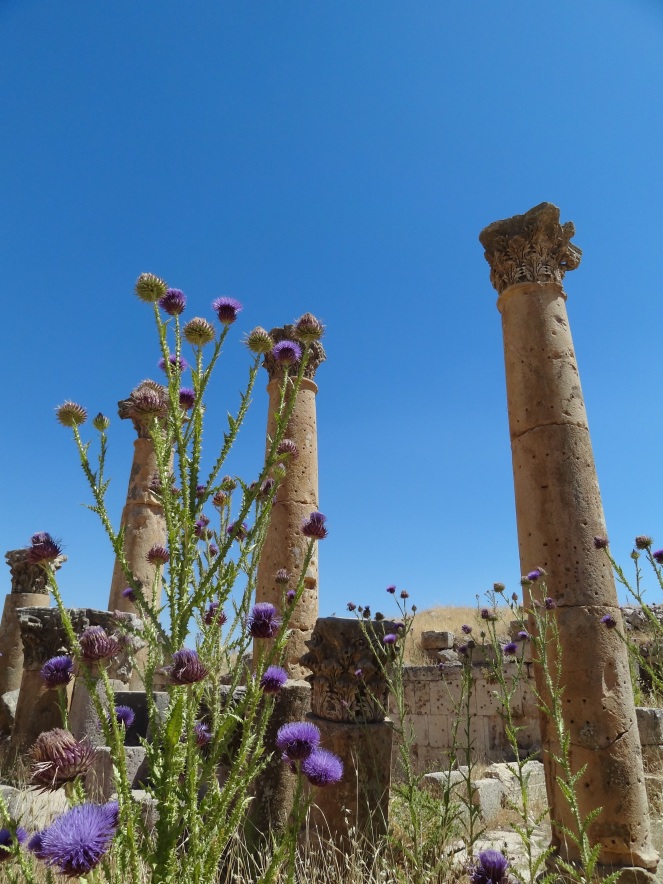 If you have ever thought about going to the Middle East, then Jordan should be top of your list!

7 thoughts on “Welcome to Jordan!”