One week ago, I was shocked to hear that Jason Spindler, my boss at I-DEV International was killed in a terrorist attack. It has taken me this week to process the injustice and horror of what happened and also to reflect on the impact that Jason had on my life.

Before meeting Jason, I was a pompous investment banking analyst living in San Francisco. I led a very comfortable life – spending weekends in Napa and Tahoe and time with friends at happy hours and the like. I was immature. I was fragile. I had a narrow view of the world.

I met Jason in SF and I was immediately captivated by the work I-DEV was doing. The energy with which Jason spoke about the impact that the organization was having on improving peoples lives in developing countries quickly sparked my interest. He had this fire in his eyes when he talked about I-DEV’s work and a passion in his voice that I have yet to find in another.

Two talks with Jason and a few interviews later, I had joined I-DEV, quitting my high-paying job to work for I-DEV in Kenya. Because even though I had applied to a position in SF, there was a need for me to be in Kenya to support some of the projects happening there. I didn’t even blink an eye when Jason asked me to move to Kenya instead of staying in SF. I trusted him and wanted to one day have his energy that he had for the work he was doing, so I moved to Nairobi. 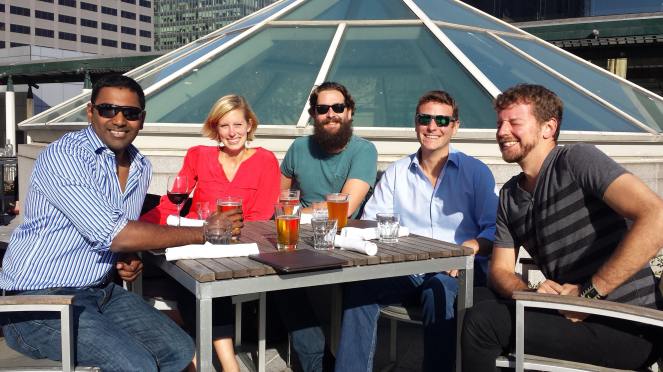 He taught me to lead when I didn’t think I knew how to. Leading online impact investing modules and taking ownership of projects that I had never done before.

He taught me to speak for myself when I didn’t know I had a voice. Pushing me to speak on conference panels, prepping me with notes and practice runs, when I was terrified of public speaking and not confident in my ideas.

He taught me to be creative, think outside the box and don’t take no for an answer when it was just because something was always done that way before. All afternoon brainstorming sessions that we would come up with everything under the sun and think about what was feasible for the work we were doing.

He taught me to smile and laugh at work, when I was used to coworkers not acknowledging each others existence (in investment banking). Making coffees in our house kitchen, watching music videos, and talking about what we had done the weekend before.

He taught me to take care with my work and not to be sloppy, sitting side by side with me when he wanted me to see what quality I was capable of. Teaching me that I should only produce the best quality work, because that was a reflection of me as a person, and taught me to believe that I only deserved to be the best.

He was someone who believed in me – in my ability to lead change, to speak ideas clearly and to have a life full of love and adventures.

Because of Jason, I not only have more confidence, creativity and happiness, but I also was introduced to Santiago, who I would have never met if Jason had not hired us both. Santiago and I met in I-DEV’s office in Nairobi. We were both connected under Jason’s vision of a better, more just world for all people, with big ideas that we were all working towards making a reality. Thank you Jason for introducing me to Santiago, the man who I love dearly and share my life with.

Thank you Jason for everything. For taking a chance on me. For believing in me. For giving me a vision for how the world could be. For giving me tools to make lasting change in the world. For sharing your beautiful energy for living.

I am grateful to have met you and have been touched by your truly special life.